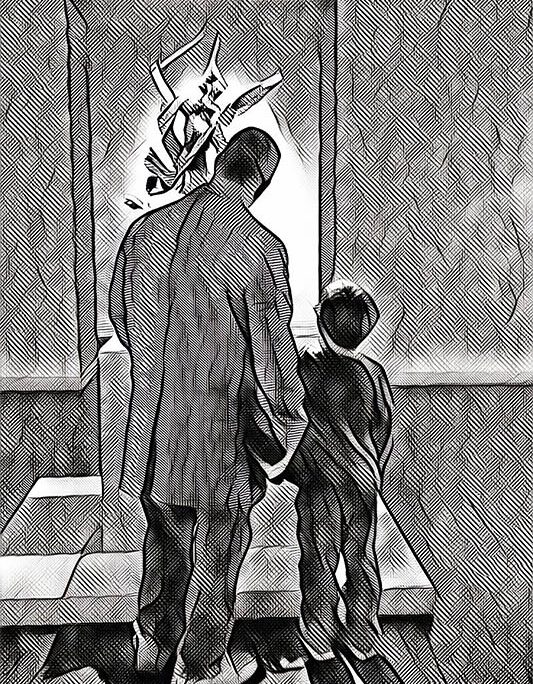 But Is it Art?

It seems hard to believe today, but when I started making art with computers in the 1970s, the question I was constantly confronted with, from the media, from the art world, even from other artists, was “But is it art?”

We can laugh about it today, yet that restrictive attitude as to what constitutes “true art” remains a force to contend with.

A lot of artists simply don’t give a damn.

Consider the great street photographer Vivian Maier and “Outsider” artist Henry Darger. Both created thousands of powerful images over a period of decades in total secrecy.

Their work was completely unknown until after their deaths. They may not have even thought of themselves as artists in the first place.

We’ll probably never understand what the individuals who created the cave paintings in Europe thirty-five thousand years ago had in mind, but from what we do know, it’s a good bet that some kind of shamanic communion with the forces of nature was involved. I’m pretty sure our modern notion of “art” never occurred to them.

Around fifteen hundred years ago Maya painters and sculptors in the Central America created extraordinary works that required not only a deep knowledge of spiritual matters, but also astronomy, history, literature, and mathematics. When I was a kid, this stuff was of interest only to archeologists. Today looters tear apart entire stone temples in the middle of the jungle to supply it to art collectors.

Meanwhile, to the ancient Romans the word “ars” meant “craftsmanship”. This concept endured well into the Middle Ages, when artists were generally perceived as manual laborers along the lines of  skilled carpenters. Eventually artists’ social status improved during the Renaissance thanks to powerful patrons who recognized artistic expression is more akin to poetry than handiwork.

Today an artist’s validation is tied up with the buying whims of the ultra-wealthy one-percent-of-the-one-percent. This setup’s becoming irrelevant to a new generation turned off by an art ecosystem that’s once again out of step with what’s happening.

So if you’re on the verge of exploring the wild and wooly new territory we’re headed toward, pay no attention to the umpires of authenticity.

Listen to your gut. Put one foot in front of the other. Don’t look back.