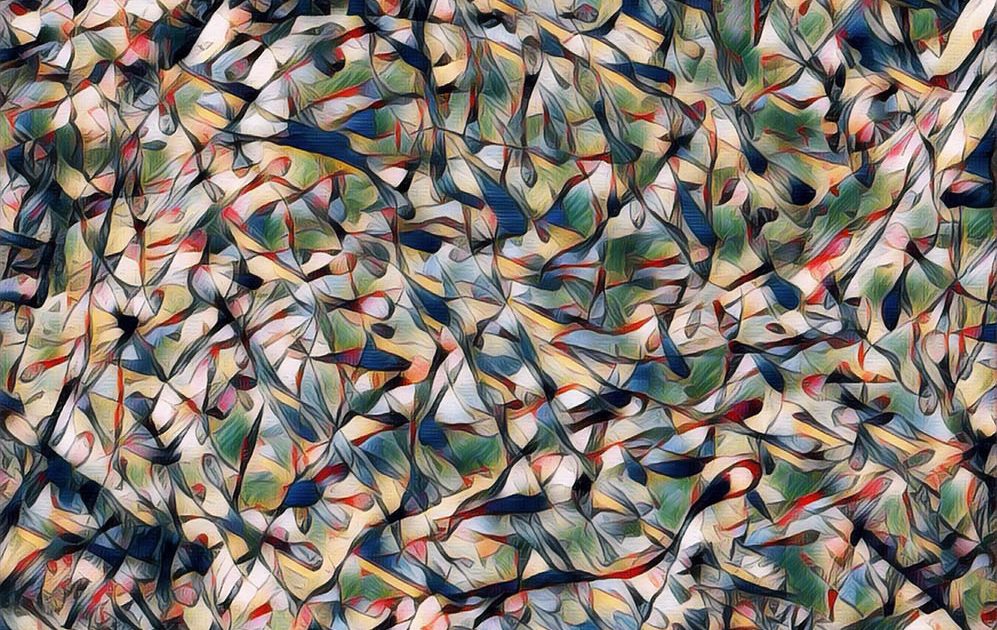 There’s no such thing as a true vacuum.

Even in the most remote regions of deep space, “virtual particles” continually pop in and out of existence for a fraction of a second via a mysterious process physicists call Vacuum Fluctuation.

One intriguing theory about the virtual particles’ origin is that they’re spilling over from other Universes that are bumping up against ours.

The highest-resolution subatomic measurement used today is the Plank Volume, established by Max Planck, the father of Quantum Theory, over a hundred years ago. (As a point of reference, a Planck Volume is to a grain of sand as a grain of sand is to the entire observable Universe.)

There are various concepts about what goes on at the Planck Volume level.

One theory is that spacetime becomes foamy, which implies a highly-charged bubbling matrix underlying all existence.

There’s plenty of action at the macro scale too, including what cosmologists call the Deep Flow, a network of intergalactic gravitational currents that course through the Cosmic Web, dragging everything in its path right along with it, including us.

At an even greater scale, there’s Dark Energy, another mysterious force possibly tied to the Vacuum Fluctuations, that a few billion years ago suddenly kicked into a higher gear and caused the expansion rate of the entire Universe to dramatically accelerate.

Meanwhile, back on Earth, we experience the cosmic tumult at the cellular level.

One example: In total darkness, our eyes’ retinal neurons pulse off and on, waiting restlessly to be excited by light, but the neurons don’t open the transmission gates to our brains until they actually perceive incoming photons. Most likely many specialized brain connections operate exactly the same way on the receiving end, patiently waiting for the right incoming signals to ignite various forms of perception.

Which brings us back to those “virtual particles” that spontaneously appear out of the void from who knows where.

Maybe every so often a few of them deliver a little jolt to a handful of specialized brain receptors. And when they do, sometimes a great notion is born.

All we have to do is open our minds to the little bits from beyond. And while we’re at it, why not send a few of our own right back at ’em.