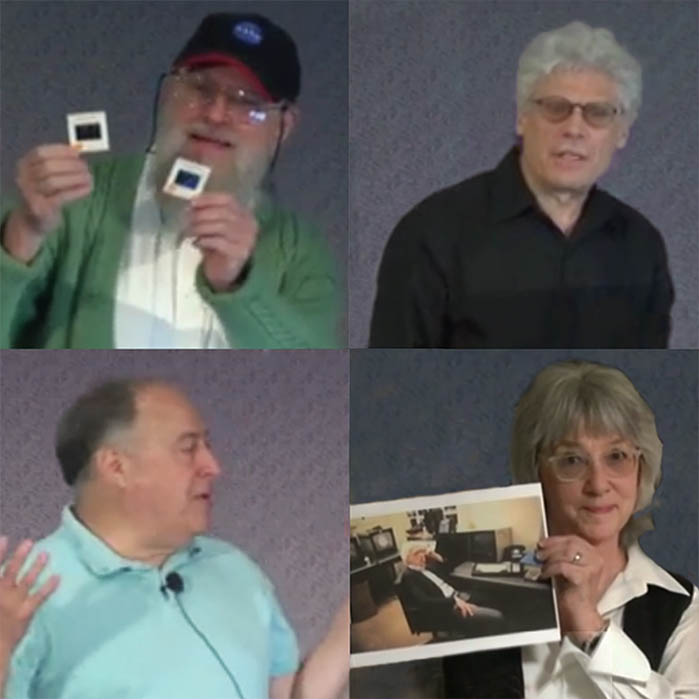 The True Story of the JPL Graphics Lab

Last week I participated in a panel at the annual Siggraph computer visualization conference celebrating the fortieth anniversary of the Jet Propulsion Laboratory’s legendary Computer Graphics Lab, where I was Artist in Residence between 1976 and 1988.

The NASA/JPL Computer Graphics Lab supported science, art, and fundamental research in the 1970s and 80s, at a time when almost nobody on the planet had seen a 3D computer-generated image.

The panel covered a lot of territory, including the making of Jim Blinn’s groundbreaking Voyager spacecraft planetary flyby films, the visionary management style of the lab’s founder, Bob Holzman, and the challenge of making pictures and movies on a computer the size of a horse equipped with only a small fraction of a megabyte of RAM.

If you want to learn more about the JPL Computer Graphics Lab, Siggraph has released a 90-minute video of the panel you can view below. My talk about making art in the lab starts at 52:00, after Jim’s and Julian’s presentations, followed by a twelve-minute video performance by Sylvie that begins at 1:10:00. (Note the cardboard-cutout of Bob Holzman in the leftmost seat onstage at the start of the video.)