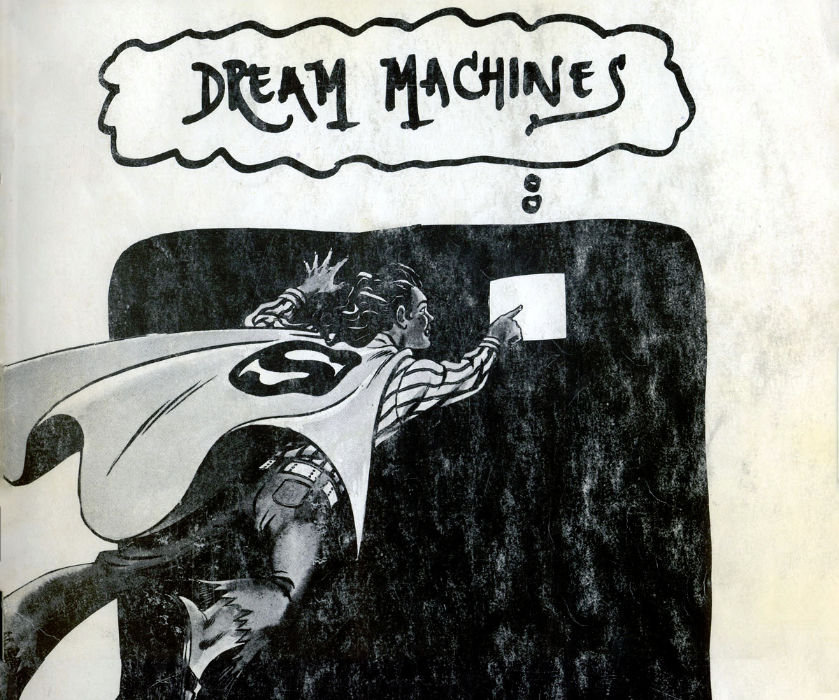 Before I’d even entertained the idea of using computers to create immersive worlds in the early 1970s, I’d run across a number of related concepts in the domains of art, literature, and theater.

The 1920s Surrealists were one source of inspiration, in particular the work of painters like Max Ernst and Giorgio de Chirico, who visualized what I interpreted as snapshosts of imaginary worlds. Those paintings always left you wondering “What’s around the next corner?”

A related influence from that time and place was the French avant-garde playwright Antonin Artaud, who aimed to tear down the wall between the audience and the stage to immerse the spectator into the heart of the performance. Artaud’s ideas directly influenced Judith Malina’s and Julian Beck’s Living Theater company, which I experienced in New York in the late Sixties.

The most clear-cut references to imaginary worlds were literary. One was David Lindsay’s 1920 A Voyage To Arcturus, which describes an extended journey through strange lands populated by alien creatures. Philip K. Dick crafted scenarios in which characters incorporate avatar-like props into hallucinatory states, and Arthur Clarke presented the idea of virtual characters in his 1956 novel The City and the Stars. I also recall a strip in underground cartoonist Robert Crumb’s late-Sixties Zap Comix #0 in which he predicted “Fantasy machines will manufacture any world you ask for in a matter of seconds!”

Another counterculture game-changer from this period was Ted Nelson’s 1974 book Computer Lib/Dream Machines. Nelson advocated the idea that computers were destined to become the ultimate creative tool, and soon. That book got me thinking for the first time about the role various kinds of software played in the big picture.

Also in 1974, I rented a screening room at the UC Berkeley Art Museum’s Pacific Film Archive, where I viewed their entire collection of experimental films. I was especially intrigued by the work of John Whitney, Sr. and Lillian Schwartz, who’d collaborated with computer engineers at IBM and Bell Labs, respectively, to make their movies.

At that time digital imaging technology existed only in the deepest recesses of a very few rarefied research institutes, large companies, or universities. Neither personal computers nor commercial imaging software existed yet, so it was inescapable that any artist aspiring to work in the medium at a high level would have work out some kind of accommodation not only with the technological institutions, but also with the technologists.

Fortunately, I had a mental framework in place for moving into this arena, thanks to video artist Nam June Paik, who’d collaborated with video engineer Shuya Abe to build a video scan converter they dubbed “the Paik/Abe video synthesizer”. Even though Paik’s synthesizer wasn’t digital, it inspired him to predict that electronics would eventually shape the TV screen:

as pecisely as Leonardo

as freely as Picasso

as colorfully as Renoir

as profoundly as Mondrian

as violently as Pollock

and as lyrically as Jasper Johns